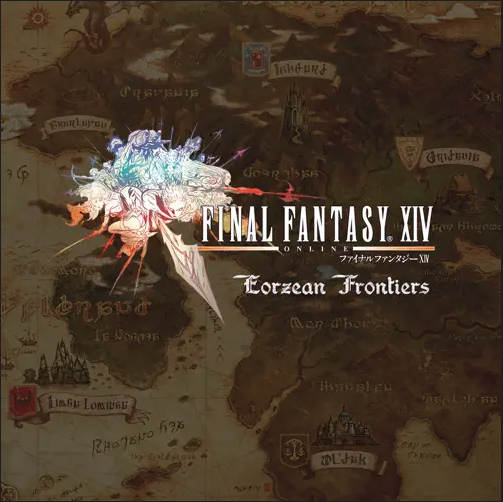 As a music collector, sometimes one faces the question of whether in a digital age, there’s a need to own the physical media of something lest it eventually is no longer licensed on a digital platform or streaming service. This concern has mostly disappeared over the past few years and some of the bad experiences I had with anime OSTs are not much a concern with a large entity like Square Enix at the helm.

In any case, I asked myself a question and that was whether I had comprehensive access to the music assets for Final Fantasy XIV online. This includes 1.0 era music which I had actually once had hard copies to (but then gave away or recycled much to my horror now.) To answer that question, I went around to look for a clear discography as consulting the online Squeenix store only focuses on items in preorder /in print status.

So thankfully Square Enix Music proper has relaunched itself as its own entity on youtube and seems to be updating its pages. Herein is the official FFXIV discography: https://www.jp.square-enix.com/music/en/lineup/series/FFXIV/

Where the conflict arises is when one goes into Apple Music’s world view of FFXIV. Apple Music was an early partner in the first rollouts of FFXIV music in the digital realm (ahead of their agreements with Amazon and Spotify). And I recall getting the EP albums first digitally in Stormblood through Apple.

Most people find the library by searching “Final Fantasy XIV” or “Masayoshi Soken.” However, a smaller catalogue also appears largely by searching through “Nobuo Umematsu” or Square Enix Music.

The official discography doesn’t ignore 1.0, in fact, you can still see 1.0 tracks on there btw, which include the Field tracks and Battle tracks mini albums that I remember came out during 1.0 launch. It also includes two albums that reference the music from 1.0 as part of two other albums still available.

But the interesting thing is if one looks at Square Enix Music’s Apple Library, there still exists an album called “Eorzean Frontiers” which is not part of the current day official discography on Square Enix’s page. This can be found at https://music.apple.com/us/album/final-fantasy-xiv-eorzean-frontiers/556797794 .

The story of this soundtrack is very interesting and created a rabbit hole that I didn’t want to fall into, and yet did. As it turns out there were other releases in 1.0 , in fact, one for each “zone”. Of note is that they had music for Ul’dah, Limsa Lominsa, Gridania, and Ishgard.

And so I examined this special album against the contents of those other four, still available as individual albums (with their unique cover pdfs) . This “Eorzean Frontiers” album largely captures the other four and adds a few unique tracks.

The Ishgard part really maps to “Coerthas” regions which makes sense when you play the game even now in ARR. But really, there have been comments in interviews and panels stating that Ishgard was supposed to be the fourth zone from the start, and yes, the music lore here shows that intent as well! Fascinating stuff to see that Ishgard was on parity with the other three city-states in 1.0 but didn’t get there.

There were seven tracks in this release.

When people talk about FFXIV/ARR, and break down the 1.0 music discography it’s very clear as well how deep Umematsu’s involvement was. Soken was a major contributor, followed by other SE musicians such as Naoshi Mizuta (FFXIII-2 and other non FF games) and Ryo Yamazaki. Apple’s handling of credits is actually really important as I think many late fans to FFXIV don’t understand that Square Enix Music is actually a team environment with different leads. (If you look at 13-2’s discography, Hamauzu Masashi shares credits with others. Hamazau has also left SE somewhere in the process of 13’s various releases so there are other composers involvedin 13-2 and 13-3/Lightning Return’s albums.)

I adore Soken as a composer and sound director and general dev personality. But I do think it’s critical to recognize that these Square Enix albums are projects with teams and multiple composers, some who don’t push back against the narrative that evolved that makes FFXIV music a one person show. Studying these initial releases to me has been interesting as watching some of the latest way the music team is presented. We are seeing a team for a reason, for promoting the profile of other contributors on the team, but ensuring continuity is felt if and when Soken has to move on to other projects in house (such as the much anticipated 16) or is tapped to help launch other games. Square Enix music as a team concept used to be a thing and probably will be again.

In any case, that’s a side point and as I looked at these digital Frontiers albums and then the “Field/Battle tracks” remnants of 1.0, the completionist in me got very anxious.

As a completionist who laments not having physical media for such odd pieces of music history, I began mapping these tracks against “Before Meteor” and other albums which I do have in hard copy to make sure I really do have a hard copy of this music in case we ever lose these services, systems, due to licensing or internet interference, or format obsolescence.

Bottom line, I feel comfortable to say that most of you can ignore the fact that this Frontiers series exists and comfortably rest that by buying the current discography you have most if not all of the pieces of music that were part of 1.0 history. You can see the roadmap I put together at this link.

There is one minor issue that Apple seems to have borked. I noticed one track has two different composer credits depending where you look <.< . How do we get this addressed?

Maybe in a Music Lore panel. Someone please ask for me at Fanfest heh. heh. heh.